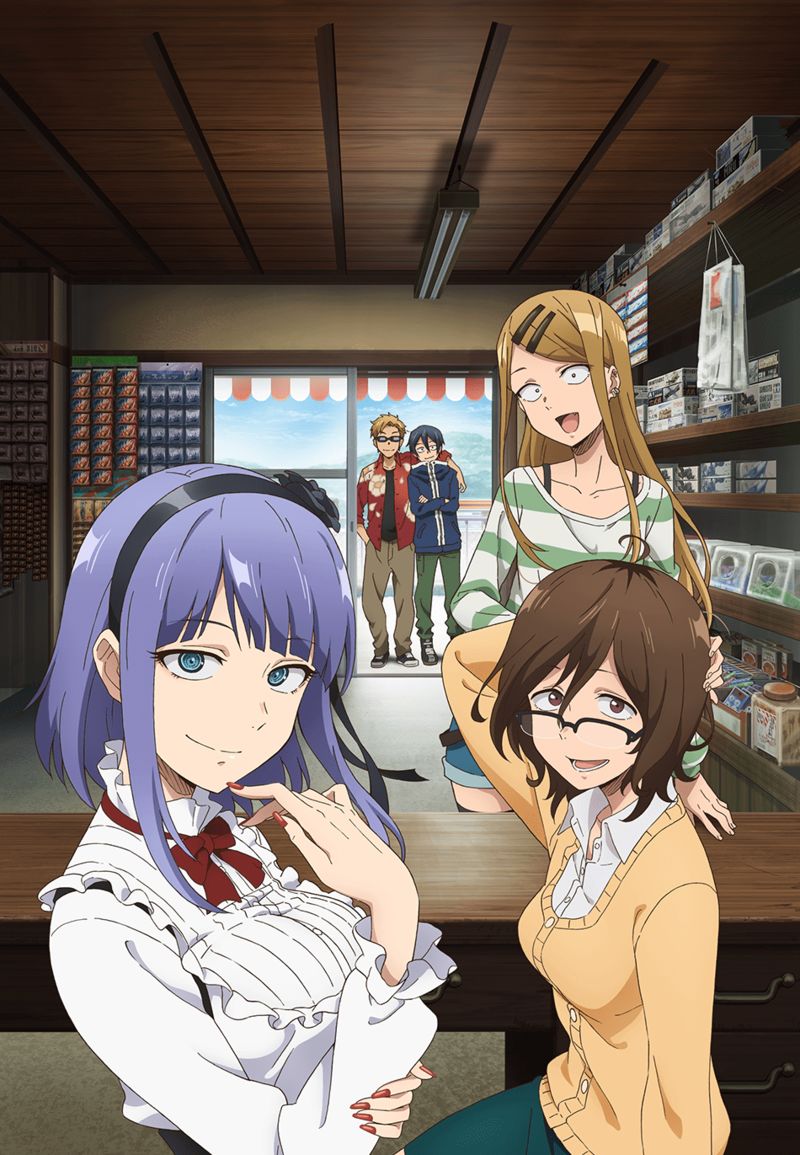 I am not really happy with Dagashi Kashi season 2. Not because it's made by a different studio than the first season (congrats to the new studio for maintaining the characters look, unlike what happened to the new High School DxD). My disappointment also has nothing to do with with the introduction of new characters.
I am reluctant to call it the second season. It's because it has been reduced to a "shorts"; where an episode runs at half the time of normal running time. It makes me feel less excited about it. Not to mention somehow Hotaru's screentime has been reduced too. She was missing from numbers of episodes. She is half of the reasons I'm watching this but if they take away that reason it leaves me with a reason to hate it. That reason for the latter is Saya.
I never like Saya to begin with ever since the first season. I can't understand why people see her as the best grill. I mean come on. She gets mad when Coconut-kun is close to other girls (Hotaru included) although she is not Coconut's girlfriend. She can feel jealous I can understand that but she has no right to get angry when she has never made Coconut-kun her boyfriend. Coconut-kun should be free to be in a relationship with anybody he wanted to; Saya has no right to stop him or decide with whom he can be with. And if I have to be unreasonable I will also point out that she is is not cute at all; her eye looks like a dot; even Coconut's eyes look better. Man I've been wanting to say this since the first season but decided to hold myself because it was my favorite. Now that the second season is not my favorite I'm not holding myself anymore.
I'm not sure why this show is reduced to such a sorry state. Maybe it's budget constraint or the source material provided not much development from the from the first season. I was looking forward to it at the start of the Winter 2018 season but in the end I couldn't bring myself to finish it.