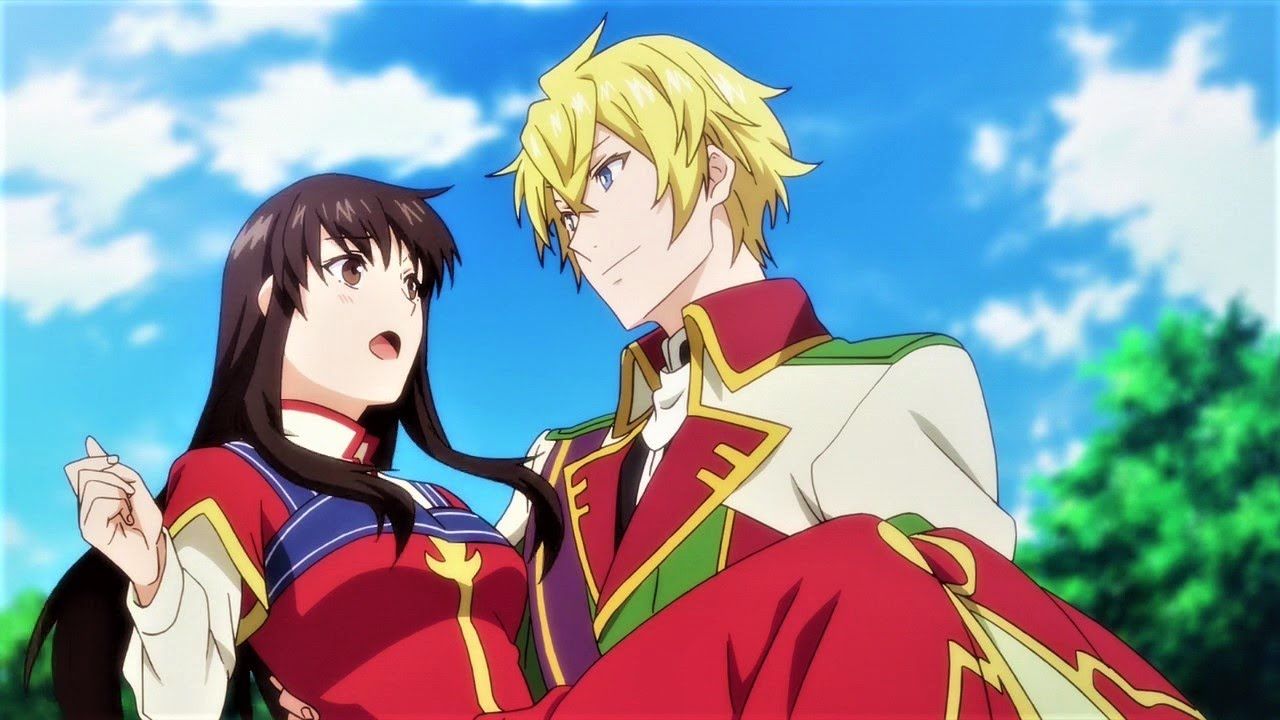 2021 is perhaps the busiest and the best year for the Attack of Titan star, Yui Ishikawa (voice of Mikasa Ackerman). 'Busy' because not only for AoT final season, I counted she have at least 8 roles in this year alone, surpassing the number of roles she had in a single year from previous years since her voice acting debut. And I said "the best year" because this year she won The Best Actress in a Leading Role in 15th Seiyuu Awards held last month (for her role as the titular character in Violet Evergarden The Movie).
In this Spring 2021 Anime Season, IMO her best role goes to the anime "Seijo no Maryoku wa Bannou Desu" (let's call this just "Seijo"). So, the first thing about this anime is, it's an isekai. Yui Ishikawa's character in this anime, Sei Takanashi, was summoned to another world to be made into a "Saint", an OP magic user to protect the kingdom. However something unexpected happened during the summoning ritual, where there was supposed to be only one Saint but instead two candidates arrived. The crown prince who oversee the ritual totally ignored Sei who was plain-looking and instead he went straight to the cuter girl. Sei who was used to be treated that way didn't really bothered about it like it's not a big deal however she was lucky that she didn't receive the awful treatment like the Shield Hero and Myne (Honzuki) did. By the way the palace didn't consider her as an 'error' in the ritual; they actually thought maybe the ritual resulted in summoning two Saints since one probably wasn't enough to protect the kingdom. Thus they still provided the best service to Sei, albeit not at the same level as the other girl received.
Sei's power didn't immediately show though; she gradually developed it as she progresses as a researcher at a magic institute. So if you're expecting this anime to be "battle heavy" just because it has an OP character you'll be disappointed. It's mostly peaceful, and while there were battles and monsters, 9 out of 10 they happened off the screen.
Now, because fighting scene is almost absent from this anime, it is better be categorized as a shoujo anime than isekai. The art alone looks very shoujo-ish, with Sei being surrounded by dozens on bishounen. The latter makes this a "reverse harem" kind of shoujo, though so far only one guy is shown to be having deep interest about Sei. The man, Albert Hawke is a knight whose life was saved by a potion prepared by Sei. Hawke was at the brink of death from critical injuries when Sei arrived to treat him. It was this event that leads to Hawke directing his attention to Sei but not at a stalking level. By the way this is a very wholesome show, even showing a bare feet is considered 'sexy' in this anime.
I'm really interested to see how Sei will face her future. The 'burden' of being a Saint will definitely come to her someday but a more interesting development is about how she will handle romantic relationship because she was never a popular girl in her whole life, she is totally not used to getting all the attentions directed at her. Seeing Yui Ishikawa voicing this kind of "girly" character in a romance setting is kind of fresh because we're used to seeing her with strong-warrior girl stereotype characters like Mikasa Ackerman, Violet Evergarden, USS Enterprise and 2B. Of course this wasn't her first time voicing similar kind of character (Canaria Utara from Qualidea Code is one example). This shows her versatility from her background as a stage actress.