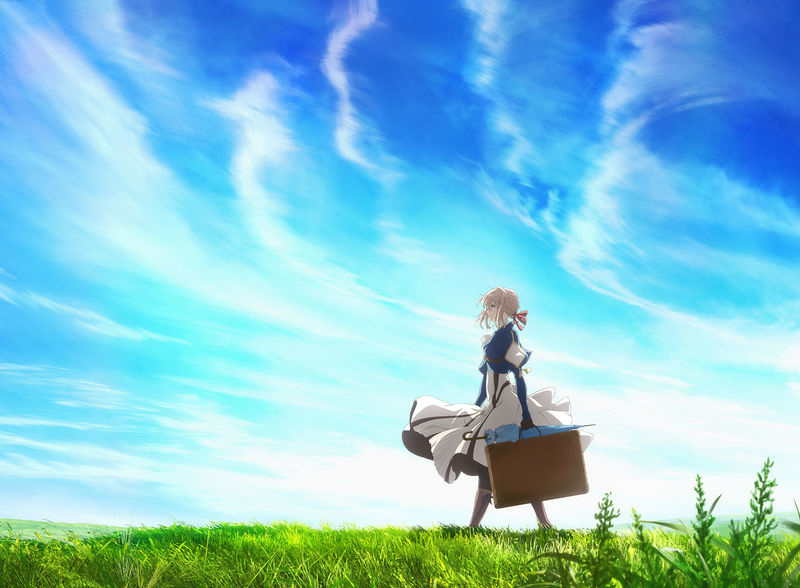 Netflix is no longer a stranger when it comes to anime content. They've reached almost the same level as notable old-timer anime streaming services like crunchytroll and funnymation. Now Netflix is back the a new anime with the title Violet Evergarden. As with some popular anime titles like Kuromukuro and Kakegurui, this is yet another anime that has fallen victim into Netflix's exclusivity. Depending on where you stand it may or may not be a good thing because even if you have Netflix there's no guarantee this anime will show up in the catalog as exclusivity like this often chained with regional restrictions.
Luckily there are "alternative sources" out there to allow us to enjoy this anime when we're being denied access to it (even if we're willing to pay for it and have the money to do so). I hope those 'sources' won't go away soon. I don't want to miss this anime because it's a big deal, probably the biggest deal in this Winter Anime season. It being Netflix exclusive is just part of what makes it so special.
First, this anime is made by KyoAni. This fact alone matters enough because many people hold KyoAni dearly in their heart. It is a fact that KyoAni didn't do a half-assed job in making their anime. I don't like KyoAni in general but I prefer them over SHAFT (although SHAFT was responsible in making my No. 1 anime of all time; Madoka Magica). KyoAni's anime look beautiful even if the story is crap, and the character design is likeable (though I'm tired of seeing the same design again and again for the past 10 years). I think KyoAni does a fine job so long they don't try to include their humor in a serious anime (like what they did to Kyoukai no Kanata).
The next factor that makes this anime really matter to me is the main character, Violet, is voiced by the same person who voiced my favorite fictional female characters, 2B (Nier Automata) and Mikasa Ackerman (Shingeki no Kyojin). Yes, it's Yui Ishikawa, whose popularity soared through the roof after the first season of Shingeki no Kyojin, and boosted even more after Nier Automata. With Nier Automata being one of my all-time favorite games I can't help but feel excited about this. When speaking, Violet also sounds as serious as 2B and Mikasa, albeit with a voice closer to Yui Ishikawa's real life voice, I think.
Violet is more similar to 2B in some ways. For example, Violet is one of the living 'dolls' created to follow specific orders from their masters. Part, if not all of Violet's body are mechanical (like 2B?) and both of them have blue eyes. Both of them were part of, or used to be part of a war (so does Mikasa). This makes Violet a very interesting character to me. I'm not sure how much of a doll she is but it seems like she 'grows', her wounds get healed over time, and she even eats her meal. I guess in some ways she is like those cute dolls in Unbreakable Machine Dolls (Yaya is best!).
I hope KyoAni won't shit on this anime. According to fans, the source material was so damn good they won't tolerate it if the anime adaptation is fukked up. It's also due to the source material that this anime is much hyped since last year. Some people were lucky to see the first episode screening in some anime events held last year, leading to this anime getting even more anticipated. Well I've seen the first episode and so far I haven't found much thing to complain, instead there seem to be more things to like (alongside Violet). I won't say it's recommended just yet but I will keep watching this because I am a fan of 2B!