The abundance of isekai anime is so significant in this year's Autumn Anime Season. It's practically raining isekai right now. However I'm not going to talk about the currently running anime here. Instead let's revisit the 2 anime from a few years back, where I consider these 2 anime are under isekai category, though the isekai parts were probably went unnoticed by many.
Black★Rock Shooter (BRS) 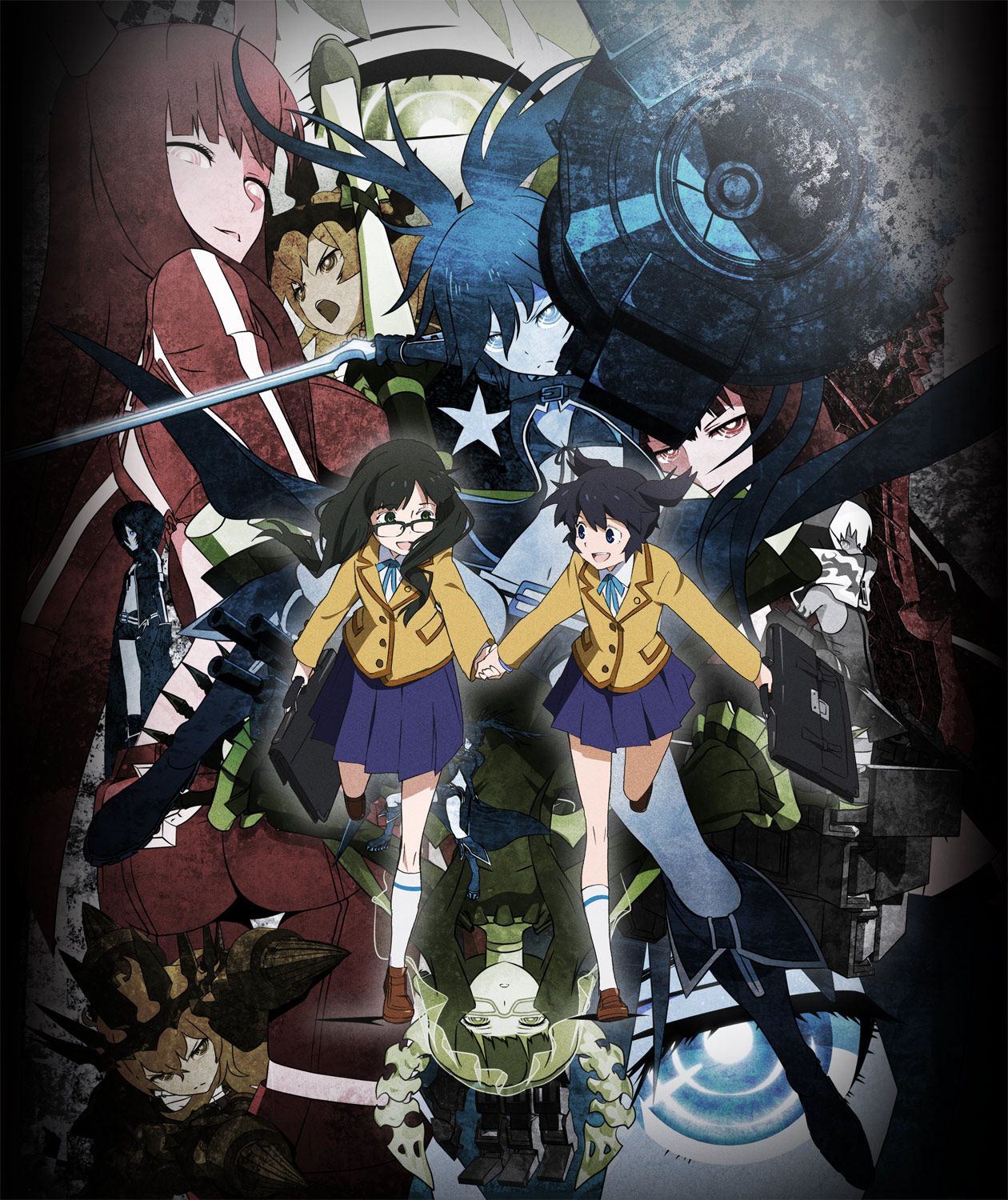 The TV anime was aired in 2012, a few years prior to the huge rise in popularity of isekai anime. Most people probably did not realize that this was isekai because most of the dialog happened in the real world while the battle/fighting actions were in the post-apocalyptic isekai. However the main characters (Matoi Kuro in real world and Black Rock Shooter in another world) were actually parallel individual in their respective world. It's only towards the end of the series that their personality merged and they became one person.
The characters were designed by huke (who also designed the characters for Steins;Gate) and based on the Vocaloid Hatsune Miku (Miku sang this anime's opening theme). Both Matoi Kuro and Black Rock Shooter were voiced by Kana Hanazawa. That said I think this is like the only isekai anime HanaKana has ever voiced.
Show By Rock (2 seasons) 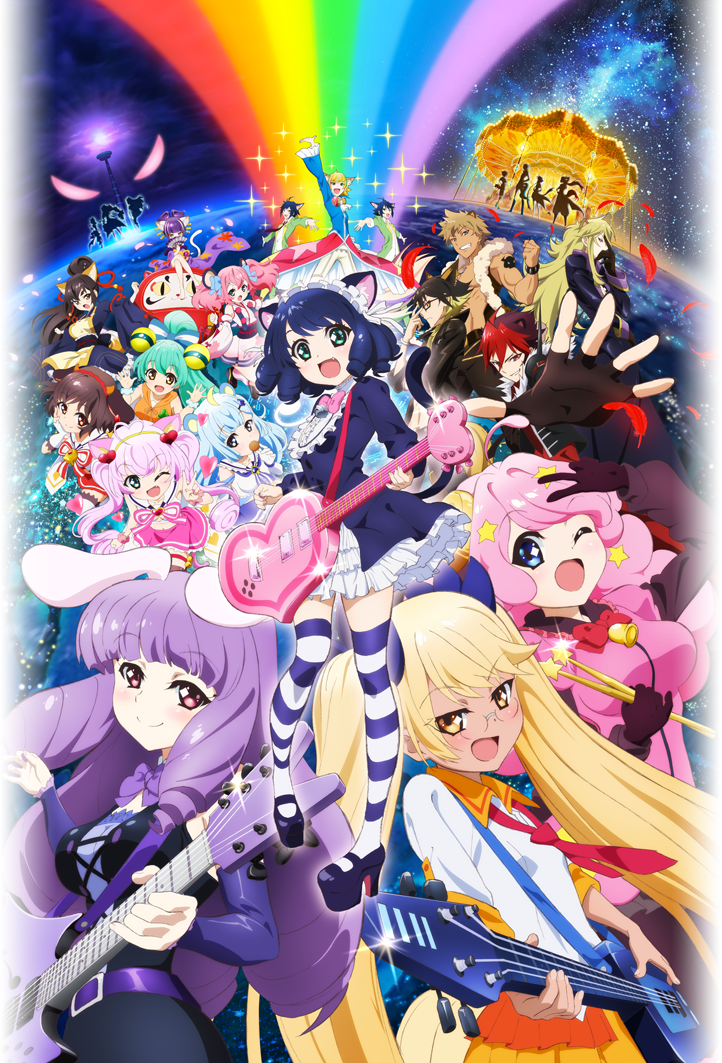 The first season of this anime was aired in 2015, which also happened before isekai anime become insanely popular (the second season arrived the next year). Cyan, the central character was transferred to the 'music' world (called Midi City) right at the beginning of the anime. Despite the modern and futuristic setting used in the Midi City (a rarity in isekai anime these days) it still have common isekai characteristics such as magic/fantasy and monsters. The battles in this anime happened in 2 modes; battle of the bands (the peaceful kind of battle), and fighting the monsters (the violent kind of battle).
In Midi City everyone is an animal-person (this is something you'd normally call kemono I guess). Yes, that also includes the main character Cyan, who becomes a catgirl upon her arrival in Midi City. Cyan is voiced by Eri Inagawa, and she is perhaps the successful main character Inagawa has ever voiced in her voice acting career. She's sadly has been mostly missing from anime industry in recent years though, with almost no anime voice acting role for the past 4 to 5 years. I hope she's doing alright out there. On brighter side, although Ayane Sakura has voiced more than one isekai anime, this is the only isekai anime where she had a major role. Ayaneru voiced Moa, a drummer who's also Cyan's band mate. Interestingly Ayaneru has moved on to another anime-music project, BanG Dream (as Ran Mitake, the vocalist-guitarist of the band Afterglow).
Although isekai anime(s) have been around for a long time, I think the anime responsible in popularizing isekai (as a genre of its own) is Re:Zero, where the word isekai is even in its full title (Re:Zero kara Hajimeru Isekai Seikatsu), and it is most likely the first anime to have the word isekai in its title too. Although I'm a fan of isekai anime I won't disagree with the statement that most isekai anime these days are trash but I'll admit that Re:Zero is still the best isekai anime I've seen, and it's in my top 10 anime of all time. It's hard to say what makes a good isekai but let's just put it this way; like porn, you know it when you see it. And despite the abundance of trash isekai anime these days, I'll continue being a fan and will not stop welcoming and watching them.