(This post is marked as "off-topic" because it is not directly related to anime)
I've always wanted to draw buildings and city views for my Pixiv profile. One of my favorite Pixiv users who specialized in this kind of drawing is K. Kanehira. If you browsed and followed his Pixiv page you'll see suggestions of similar artists. You'd be surprised to see the virtually endless number of them; it's as if they made up a huge portion of Pixiv users. It makes me think this kind of drawing and anime drawing are closely related to each other.
However drawing something like this is not easy for me. Not only I have no formal background in architecture and city planning/landscaping, I'm also naturally suck at interior deco. I often have no idea where to put stuff, other than the common sense like "gas stove goes to the kitchen, TV to the living room". I've never even had a Lego set to play with as a kid (we're a poor tribal family, couldn't afford that thing) so I am not used to building construction, not even the miniature version of it.
That's why I try to draw inspiration from observing relevant artworks in Pixiv and sometimes in anime/games too. Other than that I try to look for tools that simplify or could aid in the process, such as a software that could generate random buildings or cityscapes in a similar manner to terrain generator such as Terragen. So far I haven't found anything that fits my criteria 100% but there are a few that I found recently that I think could come close to what I had in mind.
Building Generator for Autodesk 3D Studio Max 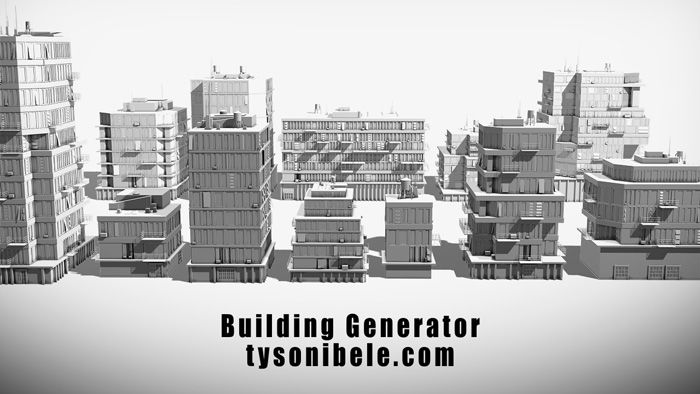 The first that I found is Building Generator, which I discovered upon stumbling a tweet from a Pixiv I user I follow on Twitter. It is not a software by itself, instead it is an extension to Autodesk 3D Studio Max, a super pricey piece of software that I could only hope to afford. If you know how much the price of the AutoCAD software then you should get the rough idea of how much does this one cost. It's definitely beyond reach of most people. The price speaks "for industrial use only" because if you can't make tons of money from this then it's not economical to get one just for occasional hobby works.
BuildR for Unity3D 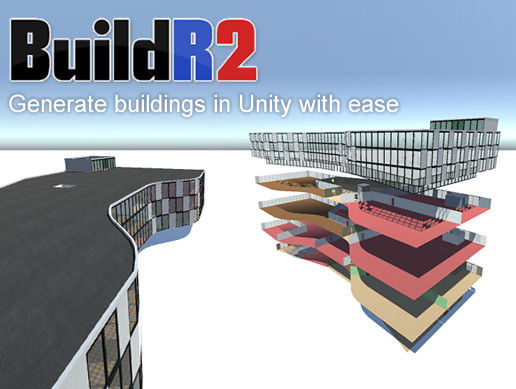 Due to the high price of Building Generator I fired up Google to look for a cheaper or if possible a free alternative to it. Found BuildR, which is another extension but for a different software, Unity3D. If you're a gamer you probably should have heard of Unity3D but even if you haven't, sorry I'm not going to explain to you what it is. What I can tell you however is Unity3D is free for personal use so you might want to give this one a try.
MF Random Buildings Generator for SketchUp

Lastly I found MF Random Buildings Generator. This one is also a plugin just like the above two; this time it's an extension for SketchUp, a software that used to belong to Google (free version available). However unlike the above two this one doesn't generate detailed buildings. Instead it generates boxes in random sizes that spread throughout an area to give you the look of a city. I think it's useful if you're out of an idea of where to put a building. This BuildR plugin costs $99. Still it's a lot cheaper than 3D Studio Max and I'm sure this price is within reach of most people.
Those are those I could find for now and I'm still looking for more, if possible something that doesn't rely on 3D software but one that could work in 2D drawing software. I'm not necessarily looking for something that generates 3D objects. I'm fine with something that could fill the background with random buildings. By the way if you know other tools that work similar please share in the comment below.